Sexual and Reproductive Health and Rights 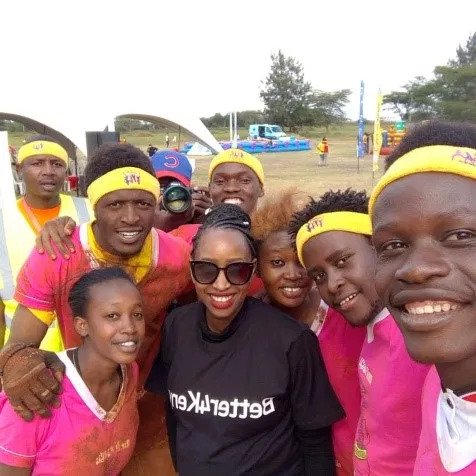 The 2018 Genderthon Challenge organized by the Center for Rights Education and Awareness brought together Kenyans to enjoy an outdoor fitness challenge while raising funds and raising awareness for gender equality. The Genderthon focused on fitness obstacle courses. The event engaged participants in games like “the wall of doom,” a mud crawl, hanging ropes, sack races and tyre balancing.

The Trust for Indigenous Culture and Health, represented by the Aunty Jane Hotline team, called upon its community youth leaders, staff and volunteers to take part in the challenges. The Aunty Jane Hotline stand attracted a particular personality among this year’s attendees – Janet Mbugua, a Kenyan media personality, anchor and actress. Janet is a champion for gender equality and publicly states her support for women’s access to safe and reliable sexual and reproductive health information.

The hype did not stop there. Aunty Jane Hotline was featured in Janet’s recent YouTube vlog, which has been able to reach over 5,000 people so far. Janet’s shout out has led to an increase in the number of calls as youth are calling Aunty Jane to seek information and referrals to friendly, safe and reliable sexual and reproductive health services.

Click the link below to watch Janet Mbugua’s video: https://www.youtube.com/watch?v=BrXmk3KukFw